The two major forces driving the 21st Century include the American technology revolution and China’s rapid urbanization. Mix these together and you have the perfect recipe for smart cities. But obviously it’s not quite that simple.

China, with its massive population of 1.4 billion (4x the size of the US), has been pushing people to its urban centers since it opened to foreign influence nearly 30 years ago.  In 1978, 18% of the country lived in cities. Today, that number is close to 56% and is expected to climb to 76% by 2050. To put that in context, in 1978 there were 193 cities in China. Today there are 657. This rapid urbanization is an impetus for a strong Smart City strategy, and China stands ready for the challenge.

On October 24, I had the pleasure of meeting with Deputy Secretary General Li Jianping with the China Smart City Industry Alliance in Beijing, which is an official partner of the Ministry of Information, Industry and Technology. He and his staff presented an incredibly thorough presentation on the status of Smart Cities in China, carefully outlining their model, the stakeholders, the opportunities and the challenges. Throughout our meeting the Deputy Secretary General stressed a desire for international collaboration and cooperation (which just happen to be a few of my favorite words).

There is a common smart city goal between two dominant world powers – the US and China – which is to create cities that are livable and safe while integrating top technology in order to provide a better experience for its citizens. In fact the challenges that face Chinese cities are not that different from those in US. They include: affordability, transportation, density, environmental concerns, access to healthcare, access to clean water and waste management. The differences are around degree of magnification. There are four US cities that have more than two million people. In China, there are 41. In the US, inefficiencies in public sector service deployment are a nuisance. In China, it is catastrophic.

So, it is somewhat understandable that China is a bit ahead of the game compared to the US, when it comes to smart cities. With its massive population, they simply have to be. And while the US has seen some federal leadership in the form of the Smart Cities Challenge issued by the Department of Transportation, it is nothing compared to the commitment from China’s central government. Smart cities are prioritized in China’s 12 Five-Year Plan, which guides economic policy. In addition, there is a ¥100 billion ($16 billion) in promised investment. Equally as important, they are creating internal alignment between 25 government ministries, which have formed working groups to coordinate their efforts with the goal of creating cohesion between local city leadership, industry and citizens.

With all of those governmental layers, my American bias is to presume that this would be a quagmire of ineffectiveness.  And while it may have been slow to form in the beginning, according to Mr. Li, today the three groups have defined their specialty areas and coordinate their efforts. He explained that these three organizations serve to “build a bridge between the government and industry in order to build better cities.”  In addition to these three official groups that are connected with the central government ministries, there are 45 other alliances.

There is a clear model in place with regard to how the national government works with organizations like the China Smart City Industry Alliance to bring the local city governments and industry partners together. The national government funds the creation of entrepreneurial ecosystems through a partnership with Tsinghua University, a top school for technology and innovation. They are creating financing models and investing in high-speed, high-quality Internet infrastructure.

They have carefully outlined focus areas, which include standardization of smart city technology deployment, talent development, project finance, technology/product innovation and project management. There are plans to establish a national data center and to expand the supervision of smart city implementation from the government to include the social and private sector.

Mr. Li explained that it’s not just about the technology. They are as focused on the culture of their smart cities as they are on the economic and social impact of innovation.  There are several cities identified as pilot projects and progress is carefully benchmarked. According to the current evaluation metric in place, to date 65% of cities are performing to top standards and 11% are doing “very well.” When they are ready to expand this model to other cities, there will be no shortage of candidates.

This level of coordination is impressive on its own. Now factor in the fact that the country is in the middle of unprecedented growth. Finally, remember that China only opened its economy to outside influence in 1978. So in a period of just 30 years, the country has moved from an economy and mindset where everything is state-owned to a kind of hybrid. America has created its form of capitalism somewhat slowly and deliberately over the past few hundred years. China is transitioning all of its systems – economic, fiscal, legal, social, and political – at warp speed while also mobilizing millions out of poverty.

This process of transitioning from a social planned economy to a market economy has not all been smooth; there have been significant cultural and economic challenges and there are more still to come. There is always work to do to minimize fragmentation and chaos and to further prioritize innovation. From my meeting with Mr. Li and over the past week with professors, professionals and government officials as a part of the Zhi-Xing China Fellowship, I have consistently witnessed a great willingness on the part of the Chinese to collaborate and exchange best practices with the US and other countries. In each meeting, there is a consistent expressed desire to overcome misinformation, misperception and stereotypes with the goal that Americans view China as a partner rather than a threat. As Mr. Li eloquently expressed, “We don’t want to compete. We want to create a better solution for everyone.”  Smart cities could be the ideal platform to see that level of collaboration in action, which would be beneficial for not only the US and China, but also for the world. 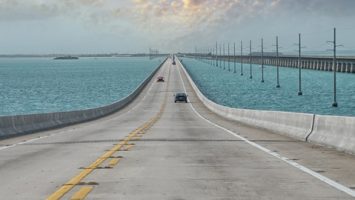 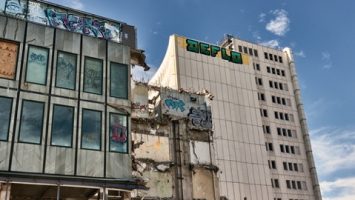 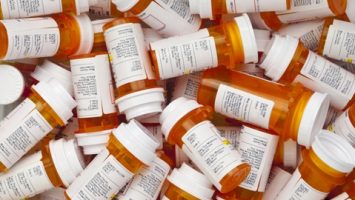