If you ask San Diego’s Deputy Chief Operations Officer David Graham for his take on the key technology to advance smart cities, chances are he would tell you you’re on the wrong track.

“It’s not the one-off solution for a particular problem, it’s how we all talk together,” Graham says.

Perhaps it is this grander vision for cooperation that has landed San Diego in two progressive city initiatives: MetroLab Network and Envision America Project; as well as on the Smart Cities Connect Advisory Committee and as the only US city featured in a global documentary on smart cities by National Geographic.

“Metro-to-metro learning is really crucial. I see Smart Cities Connect being a platform both relationally and technologically where people can share ideas, share what they’ve learned and make the connections that will resolve their specific project or challenge,” Graham said. In the same vein, “having a network like MetroLab with strong connections between universities and cities at the highest level will be transformative in helping us create test beds for important research.”

But, before you look to the future of smart grid in San Diego, it’s interesting to take a trip down memory lane. Roughly a decade ago, clean tech focused mostly on how to create and distribute renewable energy and become resource efficient. At that time, San Diego was a leader in the space and, as of 2015, has the most aggressive climate action plan in the country.

Fast forward, and the city began to learn that a more sustainable future requires networks and advanced metering. Through sensing, adaptive controls, and improved networks, cities can reverse and capitalize on inefficiencies. Combine that with a decade of fiscal crisis and neglected infrastructure that led to a voter-approved commitment to invest 50% of new revenue into infrastructure, and you have a recipe for advancement.

In both cases, San Diego learned from its history – both successes and challenges – and prepared for a smarter future.  The city is now focused on sustainability, intelligent infrastructure, and open data with a hard candy shell of security to sweeten the deal.

One project that integrates the three primary areas of focus is the city’s $30M smart LED street light deployment, following a pilot with General Electric. By the end of 2018, San Diego will have installed 14,000 LED street lights, including 6,000 containing sensors. The sensors will assist with a multitude of things, including parking optimization, gunshot detection, right-of-way sensing, and environmental monitoring. The city benefits from data, in the instance of parking enforcement, for example; but citizens are also able to access information.

In addition to its commitment to finding service solutions, San Diego is invested in its community in an astounding way. The city hosted a block party for the LED smart street lights project where citizens sketched out what they think their street light could do for them. They also hosted a hack-a-thon with University of California San Diego to learn how the city could be more efficient and what ideas its community members might have.

“Getting people engaged not just in the discussion but also in the problem solving around these big issues is something we see of value in the smart cities space,” Graham said. “It really matters.”

To Graham, the next wave of smart city focus will be around inclusivity and inclusive growth. Inclusivity means that cities focus on issues like homelessness, health and human services, and what you can do with the data you have to impact lives.

“I think we’ve tried to address the services aspects. The social aspects will be the next big thing,” he says. “An interesting one for me is the idea of passive data. There are certain communities that are less likely to self-report because they are less likely to connect with government decision-makers. We can use data and analytics that are not intrusive to get the pulse of a community.”

For San Diego, looking to its past for guidance and to its community for strength are the keys to success in the race for a smarter city. If civic engagement; partnerships with non-profits, universities, private solution providers, and other municipalities; and committed resources are indicators of progress, San Diego is out front putting a stake in the ground. 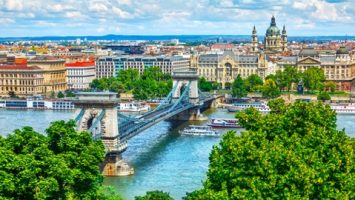 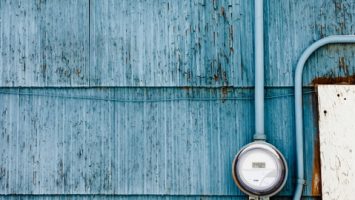 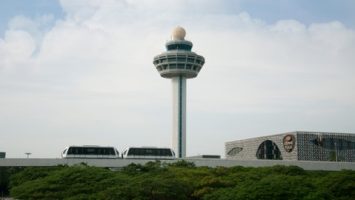