The smart cities conversation is almost always dominated by large metropolitan areas. This makes sense since global trends show the world is becoming increasingly urban. But that narrative leaves out the growing importance of small and mid-sized U.S. cities. The U.S. census classifies areas as either urban (50,000+ people), urban clusters (between 2,500 and 50,000 people), or rural (everything else). According to the 2010 census, there are 497 urbanized areas and 3,104 urban clusters.

More than 30 percent of smart city projects are taking place in cities with less than 150,000 residents, according to a survey conducted by the US Conference of Mayors. Some of the advantages that come with a smaller city include the ability to be more nimble. Overcoming the gridlock and regulatory red tape that plague many large metropolitan areas is easier when there are fewer people to slow down the process.  Personal connections also come into play in a community where people know each other beyond titles. Being able to pick up the phone and discuss a new idea or project with someone you know often eases the difficulty of getting things done.  Also in a less populated metropolitan area, it is easier to connect with they city’s residents. When designing solutions for friends and neighbors, it becomes more clear that smart cities is about people. Technology is simply the enabler to meet their needs with greater efficiency.

Innovation and the Era of the Small City

In the past, fewer residents meant fewer resources; but that dynamic is changing. As long as there is robust internet access, anyone anywhere can connect to anything at anytime, meaning you don’t have to live in a big city to have access to a large community.  The advent of 5G technology will deliver massive increases in the speed of mobile broadband connection. While larger municipalities will certainly get 5G first, the impact of this game-changing technology will be shared universally. For example, remote surgery will be more readily available removing the need to travel long distances to access healthcare specialists.

Also, the nature of work and employment is transforming. As economist Enrico Moretti expresses in his book “The New Geography of Jobs”, “in the past, good jobs and high incomes were tied to the large-scale production of manufactured goods […]. But today […] good jobs and salaries increasingly come from the production of new ideas, new knowledge, and new technologies.”

This has a big impact on smaller cities, especially those in the Rust Belt. When communities foster an environment that supports knowledge economy workers, towns escape their dependence on larger-scale employers. This is all happening at the same time that remote work is becoming more common. Thanks to technology, the number of freelancers is expected to increase from 30 percent of the workforce to 50 percent. If you can work from anywhere, it becomes less attractive to put up with the hassle and cost of a large urban area. The benefits of a smaller municipality begin to come through.

People will gravitate to communities that support their desire for flexibility and freedom. For small and midsize towns, these shifts could result in a completely new way of addressing economic development.  Attracting human capital is a new shift in economic development. And smart, connected technology is an ideal way to demonstrate a city’s commitment to innovation and entrepreneurial thinking. Forward thinking city leaders realize that modernizing their municipality could mean marrying the benefit of the big city (access) with the uniqueness of a smaller community.

Change is the New Normal

We are in an era of great innovation which some call the Fourth Industrial Revolution. This time requires reworking mindset across industries and communities. Everyone must adjust.

Dealing with a rapidly changing world can be uncomfortable, especially for those who are set in traditional ways. Those who cannot accept change as the constant will find this time extremely difficult. But having the right frameworks helps and can provide some comfort in uncharted territory. The 7 Steps to a Smarter City is a good place to start. This high level overview outlines a method to digitize and modernize government approaches.

It is critical at the federal, state, and local levels that leaders embrace the opportunity to be a part of the new world order. Begin by having inclusive conversations, examining your values as a community, streamline your policies and regulations to embrace and encourage innovation. To enable a better reality, you start with serving people and then integrate connected technology at every possible opportunity. 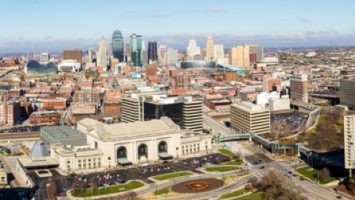 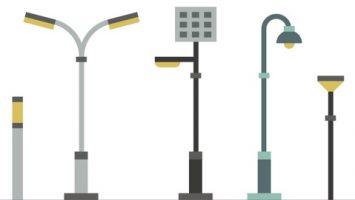 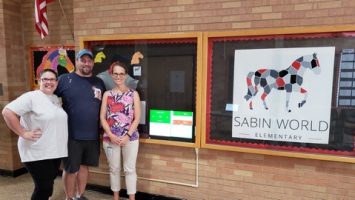 The Science of Clean Air: How Sensors at Public Schools Put Students First and Put Pollution In Its Place