When it comes to economic metrics, the United States is used to being ranked #1. In 2016, the US Gross Domestic Product (GDP) was $18.6 trillion, seconded only by China at $11.2 trillion followed by Japan, Germany and the United Kingdom. If this premier position brings you comfort, it shouldn’t last long. These numbers measure the past – the production and manufacturing of a tangible product. However, technology moves our world in a different direction. It is less about production and more about the digital economy.

The Harvard Business Review article “60 Countries’ Digital Competitiveness, Indexed” brilliantly articulates the idea that technology rapidly changes our current economic situation. In 2007, the top five companies on the Fortune 500 were Wal-mart. Exxon, General Motors, Chevron and Conoco Phillips. In 2017, the top five companies in the world (based on their stock prices on July 6, 2017) are “Apple, Alphabet, Microsoft, Amazon, and Facebook.”  This isn’t a fair comparison, and the companies on the 2017 list certainly have a manufacturing component, but it showcases the idea that technology continues to gain importance as an economic driver.

In a separate but related article, Bhaskar Chakravorti artfully transitions to the idea that innovation will automate many of the jobs that comprise our current workforce. Citing a “sobering analysis” from a McKinsey Report, he goes on to describe how service sector jobs – for example bookkeeping accounting or auditing clerk – not to mention retail positions of all kinds will be replaced by intuitive technology, thanks to big data, machine learning and the Internet of Things (IoT).

These are not far-flung, futuristic ramblings. Instead this is support for the fact that our world is changing rapidly and that this pace will continue. The question is not, “will this happen” but, “how can we best prepare our communities, especially those that are most vulnerable to economic shifts?”  The answers lie in platforms and policies.

Enter Smart Cities
It seems that the topic of smart cities is the ideal place to hold this conversation. After all, a smart city is the convergence of connected technology into city operations. In its simplest form, data on how we live and work, collected from our communities, can be applied to optimize the urban experience. Technology has the potential to be a great equalizer, liberator and growth accelerator.

But the US is not a global leader in smart cities. The recently released “The Future is Coming: Smart City Readiness Index” by pwc listed Singapore, London, Shanghai, Barcelona and Moscow as the top five smart cities in the world. New York came in at #6. There were no other US cities in the top ten.

One of the reasons why this may be is that, in the US, we are stuck in the past. It’s time for a reality check: the jobs once held by coal miners and a multitude of factory workers will never return. We are caught in our 300-year old historical legacy and this national story overshadows our ability to talk about the foundational aspects of the smart city. In the technology and startup sector, we get lost in the “bright, shiny objects” (i.e autonomous vehicles) without spending time building the infrastructure of our digital cities. But all is not lost. Based on some of the presentations from the Smart Cities Connect Conference & Expo in Austin this June, there are at least two indications that some people are paying attention.

Private Sector Focuses on Platforms to Launch City Apps
Only one year ago, frustration from both sides dominated the public/private sector conversation. Bureaucratic red tape stymied corporate partners, and inefficient sales cycles and procurement processes slowed innovation to a halt. City leadership blasted the vendor class for just “not getting it” and the City of Boston went so far as to put together a Smart Cities Playbook to school sales people on how to deal with the reality municipalities face.

Fast forward to June 2017, and it seems that everyone is beginning to meet in the middle. Private sector companies like CISCO, PTC Thingworx, Sensus and Philips lead the conversation around platforms. By integrating the enablers of the Internet of Things (IoT) – tools and capabilities to include security – the hope is that cities can scale their smart city applications faster and move beyond a series of disconnected pilot projects and disconnected systems. A technology platform combined with a comprehensive strategy means that cities can more efficiently connect governments with the residents and visitors they serve.

This kind of public and private partnership is exactly the energy needed in our national conversation. There is so little attention spent on this type of infrastructure building even though it is the backbone of our emerging digital economy. Put simply, without high-speed networks and the technology to offload existing traffic (i.e. small cells), our best efforts at smart city technology will stall. We need capacity from all directions – WiFi, mesh networks, enhanced 4G – and soon 5G – and it can’t come soon enough.

And the Policy Conversation Still Lags
Our national conversation is distracted, to say the least. Greater concentration on the drastic and dramatic changes that our economy and workforce will experience, as well as moves to bolster the platforms that advance smart city success, would be a much more fruitful use of time.

Will US policy measures catch up fast enough to enable the innovation that will fuel the modern economy? Or will US policy makers remain stuck in an era of hyper regulation? Technology moves too rapidly, and tech policy should create clarity, inspiring rapid development and agile responses. Our education systems, our workforce development approaches, and our digital infrastructure deployment must be streamlined and efficiently communicated.

If we can do this, the US has a shot at maintaining its leadership in the digital economy. In a very short period of time, the US has gone from a late arrival to hosting some of the top thought leaders through conferences and events, like Smart Cities Connect. The global technology companies who develop and integrate smart city technologies around the world can also share best practices with US city leaders and community innovators. The US economy is making the shift away from a manufacturing economy. So, the question is: will US policies and keep pace, or will we find ourselves stuck at second best? 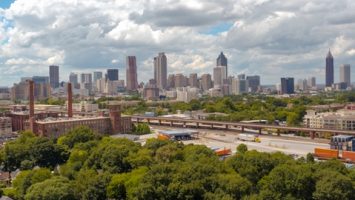 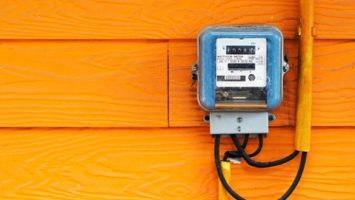 Singapore Expands Use of Smart Meters 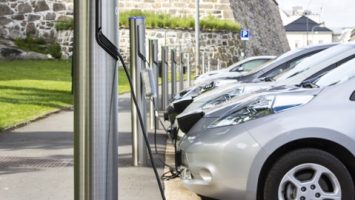