Columbus, Ohio recently took the top prize at the Smart City Challenge led by the US Department of Transportation (DOT). Winning comes with a pledge of up to $40 million to define what it means to be a Smart City and as stated on the Challenge webpage, “become the country’s first city to fully integrate innovative technologies — self-driving cars, connected vehicles, and smart sensors.”

No offense intended to the citizens of Columbus, but that may come as a shock to some. The other six finalists include cities that usually take the headlines for being the “cool kids” with a big tech draw, innovative companies that do things differently, thought-leading universities, etc. But San Francisco, Austin, Portland, Denver, Pittsburgh and Kansas City were bested by Columbus’ not-so-secret ingredient which ultimately helped them take the prize: collaboration.

Here is Columbus’ winning pitch video which describes their winning mojo. They emphasize the “US” in Columbus and state: “we’ve built an unprecedented culture of collaboration // we’ve knocked down silos and built up partnerships.” This helped them not only connect the city’s greatest challenges to real-world solutions, but also helped them turn the original $40 million from the DOT into $140 million committed to the project.

Three cheers, Columbus. You’ve done a beautiful job of outlining what is possible when people work together. City government is but one of the critical partners of a much larger system that needs to connect and work well in order to be a well-functioning city of the future. With this new framework in mind, Smart Cities can build faster.

Cities really need to get this right. As Seattle Mayor Ed Murray recently stated at the Unlikely Allies: The Future of Cities summit, “cities are the place where great ideas start.” This theme is being echoed across the nation that innovation will be fostered at the municipal level of government. Even from a technology infrastructure perspective, how local governments demonstrate transparency and streamline the process to implement new, better, faster ways to bolster bandwidth will make all of the difference in the race to connect citizens to next-generation technology.

Without going into the nuances of municipal tech policy, the internal city departments that govern regulatory items such as permits for private sector providers (like AT&T, Verizon, Time Warner Cable) to invest in local infrastructure may be less than thrilling but are absolutely critical. The term “small cells” is beginning to pop up in the headlines and for good reason. This technology, which attaches to buildings in densely populated areas (like a downtown) helps relieve traffic on already-burdened wireless networks.

This is not the time for governments to live up to their reputations as archaic institutions that only know the word “no.” This is the time for city staff and elected officials to ask WWCD — What Would Columbus Do? The answer? Knock down those silos. Be transparent. Look for partners, and invite all of the stakeholders to participate in the conversation.

It’s this kind of thinking that will build the cities of the future. And the time to do it is now. 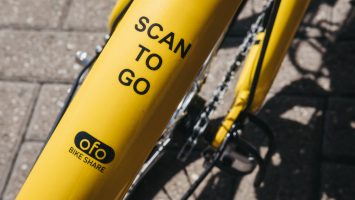 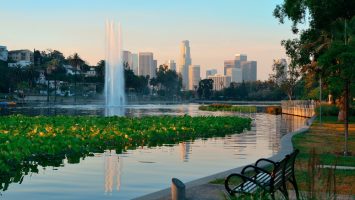