On July 1, a new European Union law takes effect that will require electric and hybrid four-wheeled vehicles to emit an artificial noise when traveling at low speeds. All new vehicles will be fitted with an “Acoustic Vehicle Alert System, (AVAS)” that makes a continuous noise of at least 56 decibels when traveling under 12 mph (20 km/h) or in reverse. The alert system must not exceed 75 dB – the sound level of an average internal combustion car.

European studies have shown that EVs pose a 30 percent higher risk to pedestrians than cars with internal combustion engines vehicles on streets with a high level of ambient noise. A study by the National Highway Traffic Safety Administration  (NHTSA) in the United States found that hybrid vehicles were involved in crashes with pedestrians 1.18 times more than cars with combustion engines. NHTSA estimates that requiring cars to produce an artificial noise at low speeds could prevent 2,400 injuries per year. A rule requiring hybrid and electric vehicles to emit a noise when traveling under 19 miles per hour has been issued in the US with a deadline of September 2020.

The rules allow automakers to give drivers a choice of engine sounds, provided they hit certain frequency markers and rise and fall with speed. Volkswagen, for example, will give its EVs different sounds based on their type – with performance cars sounding more assertive and SUVs having a deeper sound to reflect their size.

“Given the ever-increasing number of hybrid and electric vehicles on our roads, the risk to pedestrians, cyclists and vulnerable groups has risen exponentially over the years,” Rajus Augustine, director of car audio at Harman, said in a statement. “AVAS technologies such as HALOsonic eESS offer an affordable and effective way of increasing pedestrian awareness of an approaching EV in noisy urban environments.” 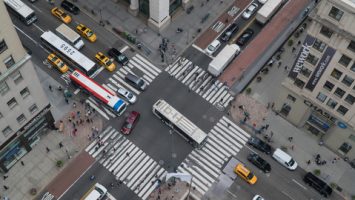