When Denver Mayor Hancock spoke at Smart City Day at SXSW this year, he voiced a commitment to establishing trust and transparency, serving residents and “meeting them where they are.” City leaders who encourage that way of thinking are already a step ahead. Adding connected technology is the next step to transforming a community into smart city.

This is one of the reasons that Panasonic chose Denver from 22 other finalist cities for the Peña Station Next, one of the top smart city projects in the U.S. that is just one light rail stop from the Denver Airport. The City of Denver has committed to a unique partnership to develop what was almost 400 acres of blank slate land into a community where virtually every object is connected, providing streams of data and the insights to go with it. Some of the technology featured includes:

The mixed-use project includes 1.5 million square feet of office space, 5000,000 of retail and 2,500 residences that will also be fully connected homes.  It will take about 10 years and $500 million to complete.

Over the last couple of decades, Denver has been revitalizing its urban core, largely from revenues gleaned from the suburbs. It has created and designated parks, created art installations, revamped transportation.  Its light rail system, in ten loops that include the poorest neighborhoods, has increased opportunity for jobs, spurred development and made mixed-use projects more viable. In fact the city is planning some 70 mixed-use projects made possible by the improved transit system and the need to accommodate Denver’s rapid growth. But the focus has always been on what will help people.

In many ways, transit is at the heart of Denver’s smart city initiatives.  The entire state is working together on improved software- and traffic-sensors for traffic management and ramp-metering systems on the highway. This should reduce crashes and congestion on the highway as well as reducing emissions.

The state is also adding a system that would alert truckers to available parking and creating electric vehicle charging stations across the state. These initiatives are all part of the state’s RoadX plan. But in addition, the state is planning to install Hyperloop to connect Colorado cities.

Add to that the first autonomous beer run from neighboring Fort Collins to Colorado Springs, and you have all of the makings of a smart transportation system. This was the “first time in history that a self-driving vehicle has shipped commercial cargo” putting the state on the map in the race for smart cities and connected technologies.

But Colorado and Denver are also helping with growth of business and tech, making Denver the 11th ranking city in tech and startup growth according to Praxis Strategy Group. Colorado offers funding opportunities tailored to small, medium-sized, and large organizations according to the life cycle stage of the organization—idea, startup, second stage, growth acceleration, or mature.

From business to transport, to mixed-use communities to interconnected systems, Denver is demonstrating how collaboration among communities to deploy tech and make life better for people is a winning strategy. Look forward to more from the Mile High City as a leading smart city in the US. 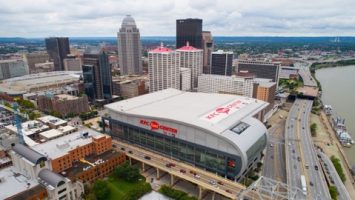 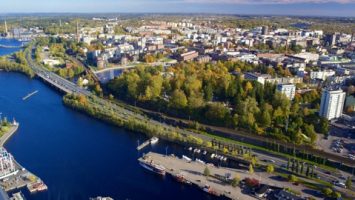 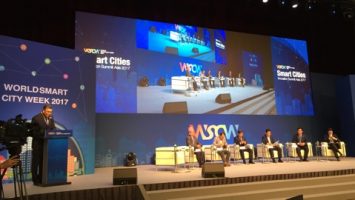