So two senators, an FCC Commissioner, and the DOT’s Under Secretary for Policy walk into the Bloomberg Government offices. If you think that sounds like the start of a really good story, you’re right. And the beneficiaries are Americans all across the country.

It’s Infrastructure Week. And so Bloomberg Government gathered top leaders to talk about connectivity and the technologies that both fuel it and depend on it. The US is at a critical time as drones fly overhead and autonomous vehicles roam testing sites nationwide.  Connected devices are multiplying by the millions, and so the time is right to discuss the policies and investments that will position the U.S. relative to the global innovation landscape.

Greg Winfree, Agency Director, Texas A&M Transportation Institute, launched the day and spoke about the advances that are taking place in mobility and the work still left to do. The benefits of optimizing connected vehicles – consumer and commercial – are literally life changing, and could save more than 36,000 lives and billions of dollars. It turns out human error is responsible for 95% of traffic fatalities.

Next Senator Gary Peters (D-MI) and Senator Todd Young (R-IN) spoke about how there are 219 bills making their way through Congress on innovation-related issues. The two elected officials are working together in committee to steer the country forward with policies that are flexible enough to accommodate the future unknown. Senator Peters described this time as a “pivotal moment” while Senator Young called for a “level of humility amongst law makers” to move technology policy forward.

Then FCC Commissioner Brendan Carr and Derek Kan, Under Secretary for Policy, U.S. Department of Transportation, hosted a thoughtful discussion on the role of regulation. Commissioner Carr stated that 30% of the cost of broadband infrastructure investment comes from federal regulatory compliance. Decreasing the red tape means more dollars can be deployed to ready the nation’s digital infrastructure.

The following panel, “The Road Ahead”, included Miami-Dade’s Carlos Cruz-Casas, Suna Taymaz from AAA, Justin Kintz with Uber and entrepreneur Carey Anne Nadeau, Founder of Open Data Nation. They spoke about the “city as a facilitator” and how local officials are approaching strategic planning efforts.

The program concluded with talk of drones as Fort Collins Mayor Wade Troxell declared that “Everywhere is an airport” which was a perfect way to elevate the conversation about how complex the issues surrounding technology are and will continue to be. The panel included the FAA’s Acting Administrator Dan Elwell, Anil Nanduri, with Intel and Darby Becker from General Electric who all provided great insight from the industry and government perspective.

The day was well organized and orchestrated. The impressive lists of panelists are all experts in their areas who are also thoughtful about all that is still to discover and learn. Even though this is much unknown, one thing everyone in the room agreed that investing in the nation’s mobile broadband infrastructure is an imperative. The fiber backbone of the country must be strong to enable connected technologies like autonomous vehicles to drones. Updating irrelevant and out-of-date policies is a necessary step on a local, state and federal level as we all prepare for the future.

I’ll be looking to Bloomberg Government for more updates from innovation thought leaders. It’s obvious that they not only have a finger on the pulse but also a constructive way to form one of our nation’s most important conversations. 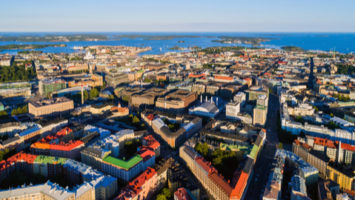 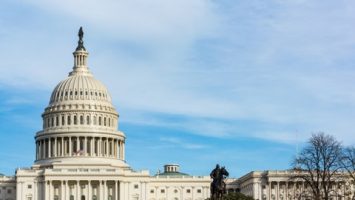 US Smart City Competitiveness Depends on Platforms, Policy, and Partnerships 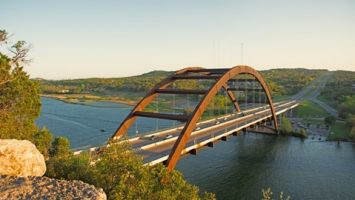