Researchers Chip Small and Adam Kay from The University of St. Thomas in Minneapolis, Minnesota have recently received a $500,000 grant over five years from the National Science Foundation to be used in studying what effects recycled nutrients have in the soils of community gardens.

“The main focal point of the grant is on the use of nutrients and how to recycle them efficiently. That’s such a general issue for an expanding population,” Kay said. “We know the stats of how 40-some percent of food is wasted in the agriculture system, so thinking about how the human civilization collectively can operate more efficiently, we’re going to need that moving forward.”

Professor Kay and his students have created an on-campus sustainability garden and two community gardens in St. Paul. Students are able to conduct research on biodiversity in a meaningful way, whether it’s taking a leadership role or performing data analysis and presenting the results.

Ashela Richardson, a junior environmental science major who co-leads the project with senior Aaron Hays, said, “This research has opened my eyes to the possibilities of being a steward in my community.” She noted the gratitude of those who’ve received their garden’s bounty: “The volunteers at the food shelf were very excited to have fresh produce to use in the kitchen instead of simply canned and frozen goods.  A diverse mix of fresh produce is not something they generally receive from donors.” 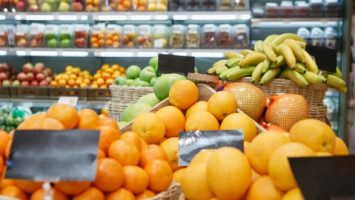 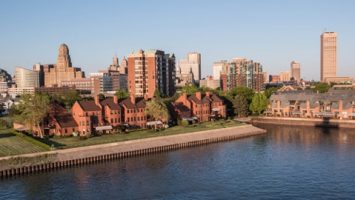 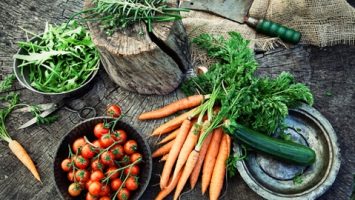