We recently interviewed Kristopher Carter, Co-Chair of the Mayor’s Office of New Urban Mechanics in the City of Boston. Hear what he has to say:

(LB): There’s a lot of buzz around what it means to be ‘smart’. What does that mean to you?

(KC): “Smart” is a buzzword, it means something different to everyone in this community looking to evolve cities. It tends to get conflated with technology, data, and efficiency. Cities are inherently messy and chaotic environments, what makes them smart are the people. To me, Smart means genuine civic engagement and the empowerment of citizens to actualize change in their neighborhoods by giving them tools and the capacity utilize them to answer their questions and build solutions.

(KC): We are facing two massive challenges in Boston – widespread inequality linked to race and potentially devastating impacts of climate change on our coastal city. The holy grail is solving both of those challenges and it’s going to take a significant amount of energy to do it. “Smart” potential plays a role in the courses of action for both challenges, but only if it is about strengthening the voice of citizens and bringing communities together to decide how technology is used and what questions it is helping us answer.

(KC): Just one thing? On a macro-level it’s trying to ensure a high-level of citizen privacy while utilizing new tools to understand our City better. On a more focused topical level it’s achieving our City’s Vision Zero goal of eliminating traffic fatalities and serious injuries by 2030. We are making progress, and while I’d like to be a sprint, it’s going to be a marathon.

(LB): Of what smart cities work are you most proud, thus far?

(KC): Our team put out a Smart Cities Playbook summarizing some of our early learnings in the field. We found we were having the same conversations again and again with vendors and researchers. The playbook was our attempt at setting the table a little better for this first engagements with potential partners. I think it perfectly strikes the right balance between snark and usefulness.

(LB): What advice have you been given that really hit home and made a difference for you as leader of smart city efforts in Boston?

(KC): When I was studying to become a planner and policy professional I was told “If you are becoming a planner to make everybody happy, you better pick another field.” I took it to mean, if everybody is happy, then you’re probably not pushing hard enough.

(KC): We’ve been increasingly interested in the first twenty feet from a building into the street, and understanding how that expanse plays a role in both the social and economic vitality of a community. I’ve always been smitten with William H. Whyte’s blending of human observation, urban design, technology, and storytelling. I imagine bringing him onto our team for a bit would be fun.

(KC): This is less about teaching people something and more about building community. There are thousands of people that work really hard to make sure our city functions. There is also typically a rhyme and a reason to why they are performing that work in that way. The next time you see a plow driver, or the recycling truck crew, or a street outreach team, or a worker filling a pothole – just say ‘thanks’, it goes a long ways.

(LB): What smart city initiative do you think will excite citizens in your community the most and why?

(KC): This sounds like such a cliché, but it’s about solving real problems for real people. If we talk about autonomous vehicles, it’s not the vehicles that get people excited. It’s the potential to reduce crashes and save people’s lives, the ability to provide access to employment opportunities in under-transit served neighborhoods, and the realization of a more reliable transportation system. If the vehicle technology works as a tool to help us become a more equally prosperous city, that’s what makes it’s exciting.

(LB): The Smart Cities Connect Conference and Expo is coming up in March. What do you hope to accomplish at the event or as a result of the event?

(KC): It’s a great opportunity to connect with cities from around the country. I plan to simultaneously  commiserate with my peers on similarity of the challenges we face while sparking hope that our collective efforts are slowly solving them. 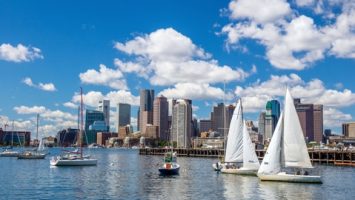 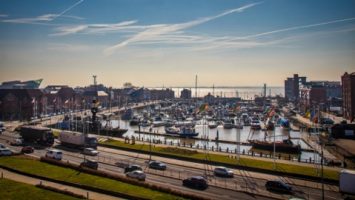 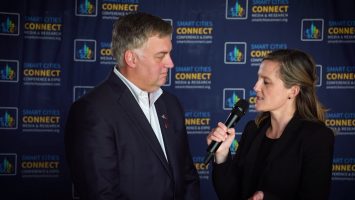