In the last week of September 2016, city leaders, corporate innovators, startups, media, organizers and enthusiasts gathered for Smart Cities Week. Over three days of workshops, panels and presentations, this unique community gathered to discuss citizen-focused technology solutions that have the potential to liberate urban areas all around the world.

Key government leaders, including Department of Transportation Secretary Anthony Foxx, described some of the key challenges of our American communities, which are also shared by the rest of the world. Issues like transportation, the environment and our nation’s physical and communications infrastructure top the list of urban concerns. Deeper than these physical examples include how city governments evolve and welcome a more collaborative decision making process. It was clear that the next generation of cities must create a more flexible regulatory environment that is responsive to stakeholder needs instead of relying on arcane rules that fail to embrace innovation.

Here are four key takeaways from the three-day conference:

City leaders must get clear about local priorities

There are some consistent story lines when it comes to Smart Cities. Whether large or small, all metropolitan areas are struggling to learn new ways of thinking and how to implement new technologies while dealing with the great responsibility of running a city with increasing needs but not necessarily increasing budgets. What differentiates each community is their unique history and how their citizens want to shape the future.

Many cities have university resources, others have strong corporate partners, others have nurtured a startup culture, others have a united citizenship that supports their local leaders. In panel after panel, speakers emphasized the need for mayors, managers and staff to craft a strategic plan that incorporates many different voices and clearly lays out what the city sees as a priority when it comes to Smart Cities.

Archana Vemulapalli, CTO for the District of Columbia, challenged that “city leaders need to define your city priorities” and encouraged vendors wanting to do business there to be honest about how they could (or could not) realistically align with those priorities. For her, a Smart City project is all about people and setting up the right governance.

Tech is the enabler, citizens are the focus

A constant theme of the week was a focus on the citizen as the customer. Smart City leaders view technology as a force that can introduce much-needed efficiency to help cities run better, smoother and with greater cost savings so that citizens feel more empowered, connected and “happier” as presented by Dr. Aisha Bin Bishr, Director General of Smart Dubai. Their vision is to “make Dubai the happiest city on earth” and have implemented The Happiness Meter as one of Dubai’s first strategic smart city initiatives.

But that level of satisfaction is not just limited to those with high incomes and the latest tech gadgets. The US city leaders who attended and spoke at Smart Cities Week are championing a new digital experience that works for all citizens, including the traditionally disadvantaged.

Cities have long labored how to extend prosperity to all as opposed those who have historically enjoyed access to prosperity. Technology has the potential to be a great liberator for cities that are struggling to meet the needs of all citizens including the most vulnerable. Technology can increase access to those in lower socioeconomic areas that have been segregated by highways and poor city planning. Bolstering digital divide programs and integrating these with more places where people can get online gives challenged communities greater opportunity to access educational resources, workforce training, jobs, healthcare and transportation.

Adam Beck, the Executive Director, Smart Cities Council Australia, New Zealand implored private sector partners to help government leaders to “make people’s lives better. We are in the business of making better cities and we need to humanize this movement along the way.” Greater connection means more people can participate in the Smart City future. There is a great hope that technology can overcome some of the barriers that have kept communities divided along socioeconomic, geographic and racial/ethnic lines.

Connectivity is the key to enabling smart city technology

As is frequently the case, the “shiny objects” tend to attract the most attention in Smart City discussions. But what was refreshing at Smart Cities Week was a constant return to the underlying infrastructure as an incredibly important part of what makes a Smart City successful. It isn’t difficult to make the leap from conversation about our nation’s roadways and bridges to the digital backbone of high-speed Internet.

As the recent headlines have shown, building and maintaining infrastructure requires incredible human and financial resources. There is no greater priority than to provide a solid platform on which to build the cities of the future. Cities must build the road map of their full technology ecosystem with a special focus on wireless and broadband networks. As Hugh Miller, CTO for the City of San Antonio stated, this level of connectivity enables a “crowd government” that encourages citizens to get involved in creating their city solutions.

Highways and city streets must now make way for autonomous vehicles, streetlights packed with sensor technology and an ever-growing demand for rail. Related is the astounding appetite for mobile broadband, which requires small cell technology to boost existing (4G) network capacity while planning for 5G, which promises to provide 100x more speed and power. And we’re going to need it. The number of sensors, vehicles and devices that will connect through the Internet of Things (IoT) is immense. This volume of wireless technology and the mobile and fiber broadband to connect it all truly has the power to transform cities with the next five to ten years.

In every panel, whether the subject was transportation, telecommunications, water, economic impact, citizen engagement, the prevailing theme was a need to streamline government processes in order to make technology integration more seamless and less bureaucratic. From procurement to rights of way to interdepartmental cooperation, it was evident that there is a growing willingness and a will to “get it right” on the part of civic leaders.  The leading urban areas in the smart city conversation are creating clarity around their internal processes, which signals that they are “open for business.” Many mentioned including private sector partners to guide frameworks and craft regulations that make sense while also protecting the intent of the law and encouraging competition.

Pittsburgh Mayor Peduto is creating plenty of examples. He was quick to coin the phrase “roll out the red tape or roll out the red carpet”. And they are doing more than talking about it. The Beacon project opens up city contracts to traditional and new vendors. They are doing things differently and the citizens are reaping the rewards. By not accepting “that’s the way it is”, city leaders can open up the potential to create a new reality, and one that embraces the future instead of just relying on the past. 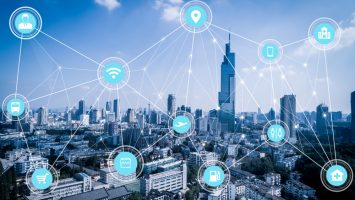 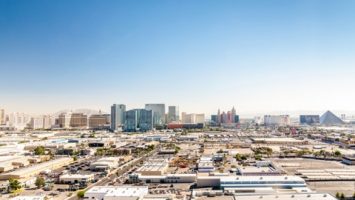 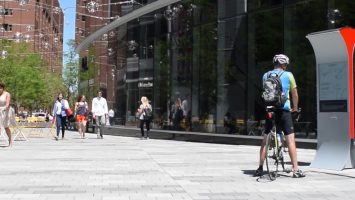