“There is nothing more powerful than a partnership.” These words, spoken by the City of San Antonio’s Chief Information Officer Craig Hopkins summed up the spirit of the SmartSA’s first Vendor Summit on January 16, 2018.

Cities across the country are embracing new, innovative ways to procure best practices in an area of ‘smart cities’  in order to meet the ever-growing demand of resident’s expectations against a canvas of growing urban challenges. San Antonio is taking a leadership role to form a “smart city 3.0 that is co-created with residents and with vendors to achieve the mission.”

“The SmartSA Vendor Summit is a new approach to vendor engagement. As an alternative to the standard Request for Information (RFI) process, the summit invites local and national businesses, civic leaders, municipal partners, educators, and researchers to have a direct conversation with SmartSA partners regarding challenges faced across the city.”

The opening round table laid out the general framework to the audience of private sector partners and economic leaders. Brian Dillard, Interim Chief Innovation Officer, spoke on how the challenges that all cities face are not futuristic, but instead “are already here.” The panel which also included Vivian Bouet (CPS Energy), Sree Pulapaka (SAWS), Alex Rodriguez (SARA) and Steve Young (VIA) expressed that in order to remain competitive as a city, a county and a region, that they must create first create a “one stop shop” for the city, clearly articulate the city’s needs and then embrace unique partnerships that leverage top technology practices.

Hopkins outlined what makes the partnership work: “we are five people who really like working together. We all understand that in order to win in the digital age, we have to stop thinking of siloed business models from 20 years ago. We are one team with the same mission and 1.9 million residents in Bexar County.”

Vivian Bouet, Interim Chief Innovation Officer for CPS encouraged vendors to, “be bold, be out of the box. Help us focus on efficiency and productivity. We want to hear your ideas and we will help you learn more about our residents.”

The day progressed with three panels focused on the three themes of Access to Services, Mobility and Sustainability. Each panel defined the subject area and drilled down to provide more specificity on the challenges, existing projects and wish lists for new approaches.

SmartSA leaders did not shy away from the difficult topics related to hard-to-solve civic issues such as economic disparity or the digital divide. Instead, they acknowledged that everyone will be learning together. The panel included a wide range of perspectives from Jordana Barton (Federal Reserve), Ramiro Salazar (San Antonio Public Library), Jeff Coyle (City of San Antonio), Deborah Scharven (Disability Access Office).

Despite each having a different lens, each speaker acknowledged the integral role that connected technology plays.

The team is engaging the public at every step and discovered a new user-centric transit mobile app through a recent code-a-thon. Via Quick Trips helps users decide the best place to go (i.e. restaurant) based on the ease of getting there. So instead of deciding where to go to lunch based on the cuisine, users can see what route can maximize their lunch hour, while cutting down on roadway congestion.

“We are data intensive,” stated Guz. “We can easily deploy thousands of IoT sensors to help us make smarter decisions and we want to do more to integrate with GIS systems, access live water quality data, all cloud-based. We want a plug and play.” Bonnin echoed the need for a flexible path through CPS, “We can’t do it the way we’ve done in the past.” The panel ended with a resounding call for new approaches and new ideas.

Collaboration is in the DNA of SA

The SmartSA Vendor Summit stems from a long tradition of people in San Antonio working together. For example, CivTechSA, is a combined effort between the City of San Antonio’s Innovation Office and Geekdom, the local tech co-working space. Geekdom CivTechSA Program Manager, Joyce Deuley, describes the effort as a way to “build more meaningful connections between local government and the tech and entrepreneur community.”

The program creates a dual benefit: the city receives entrepreneurial approaches while also providing an innovative playground for the local startup ecosystem. The program also engages students at the junior high, high school, and college-levels.

The challenges that San Antonio and Bexar County faces are similar to those faced by thousands of cities across the U.S. For example, San Antonio has the greatest wealth and income inequality in the nation. The hope is that SmartSA, with its refreshing, collaborative approach, may be able to unlock and scale solutions that can be replicated across the country in order to close the gap. It seemed that Craig Hopkins, City of San Antonio CIO, spoke for the nation when he said, “the ultimate goal is prosperity for all.” 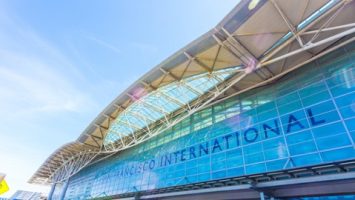 An Interview with Jeff Platon, VP of Marketing for View Glass and 2018 Smart 50 Awards Recipient 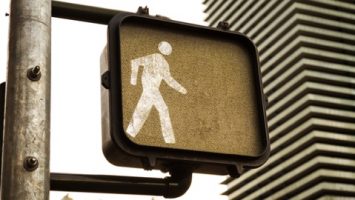 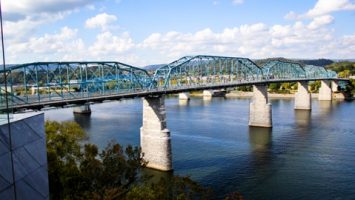