San Diego has more PhDs per capita than anywhere else in the country. And while that is an impressive stat, that’s not what makes it smart. I had the chance to visit with and learn from the people who are making sure San Diego is way ahead of the Smart City curve at Digi.City Connects, an event co-hosted with Mayor Kevin Faulconer and the San Diego Economic Development Department.

Mayor Faulconer kicked things off with the key question, “how can we use technology to make a difference in people lives?” And in San Diego, that’s what it is all about. Yes they have the benefit of some of the world’s top education institutions, glorious geography as both a port city and one that shares a border with neighboring Mexico and a legacy of innovation, thanks to companies like Qualcomm and Scripps Health. But it’s not just what they have, it’s what they do with it.

I saw a real commitment to go beyond economic development buzz words and get to work serving citizens and residents. Thanks to focused efforts from folks like David Graham, Deputy COO, City of San Diego, they have brought their permitting system online, implemented smart trash cans, smart street lights and optimized all of their traffic signals. They have sensors to help with parking and congestion, specifically for commercial trucks in red zones. With the Get It Done app, people can snap pictures on their phones of potholes, cracked sidewalks, anything that needs attention and send it to the city. You can follow progress and most importantly get a follow up reply. In the mayor’s words, “that’s customer service.” This is real, functional tech that is in place and working to solve every day challenges and make the city function more efficiently and effectively.

The conversation easily shifted to how smart city technology is creating an economic advantage in San Diego. There are 400 new startups that launch every year in the city and they want to attract and grow many more. As the 8th largest city in the country, they see their competition not only domestically but globally. Kish Rajan noted, “we are competing with cities like Shanghai for the world’s top talent.”

In order to compete, San Diego is getting to work. They focus on how to make the government as smart as it can be, emphasizing accessibility and the current digital reality that the world runs on mobile.  5G is the wireless network that will empower the Internet of Things (IoT) and the backbone of smart city technology. San Diego is already preparing by cutting the red tape, streamlining zoning and permitting policies and focusing on what can be done to be responsive to the city residents and responsible with taxpayer’s money.

San Diego Councilwoman Bry is newly elected but already getting to work on issues like the digital divide and inclusion. She has been on the founding team of local high-tech companies and so she understands the impact that can result when tech and government work together. She inspired the discussion that smart city technology is a force to serve all citizens including those who don’t always get to participate in a high-tech economy. Mark Cafferty made the point that “a smart city is an inclusive city” and that is part of the cultural and institutional DNA of San Diego.

On the front of global inclusion, Paola Avila led the discussion around San Diego’s proximity to Mexico and the connected technology that improves efficiency around trucking, transportation and the distribution of goods that crosses our borders. She eloquently stated, “technology transcends borders”, and the result is economic growth and opportunity for all.

It’s easy to throw around terms like “leader in innovation”, but in San Diego that really means something. Other cities in the US who are looking to implement smart city technology that can save money, increase efficiency and engage their citizens and residents would be wise to pay attention to what’s happening in San Diego.  They embrace partnership between the public and private sectors; they encourage startups and entrepreneurs; they enhance the work from their university partners; they are committed to next generation technologies.

I left truly inspired that there is a city so committed and aligned on being a Smart City. Mayor Faulconer’s closing statement sums it up perfectly, “we have to be nimble, adapt to the new reality and not get locked in to doing government ‘because that was how it was done before’.  We can do it differently and we’re doing it in San Diego.“ 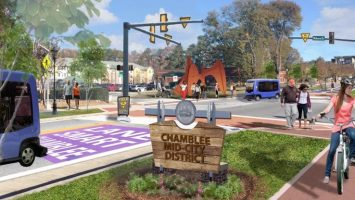 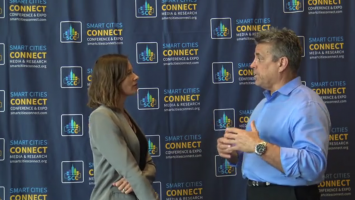 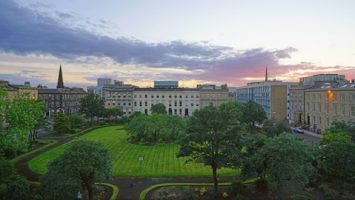