The city of Quincy, Massachusetts is installing new traffic software that will control a dozen major Quincy intersections.  Chris Cassani, the director of the city’s Department of Traffic, Parking, Alarm and Lighting states that they will most likely use Surtrac – a system developed by originally developed in the Intelligent Coordination and Logistics Laboratory in the Robotics Institute at Carnegie Mellon University. In a pilot program conducted in 2012 in Pittsburgh, Surtrac reduced travel times more than 25 percent on average, braking by 30 percent and idling by more than 40 percent. Since the initial pilot the system has been expanded to 50 intersections in Pittsburgh, with additional expansions currently being planned. In 2015, the company Rapid Flow Technologies spun out of Carnegie Mellon. The company, which develops intelligent transportation technology, expects to install its Surtrac traffic light system in about 150 more intersections in the next three years, covering about a third of Pittsburgh.

In contrast to the majority of adaptive traffic control systems, SURTRAC takes a decentralized approach to control of traffic in a road network. Each intersection allocates its green time independently based on actual incoming vehicle flows, and then projected outflows are communicated to neighboring intersections to increase their visibility of future incoming traffic.

“Every time, it’s making a unique decision based on all the information that’s collected at it,” Cassani said. “The Surtrac system is using algorithms to optimize traffic patterns on a second-by-second basis. The next intersection knows how many cars, roughly, are going to be coming through it. It’s anticipating what’s going to be happening.” 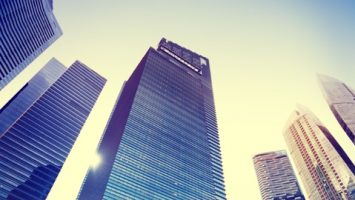 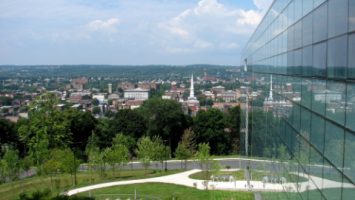 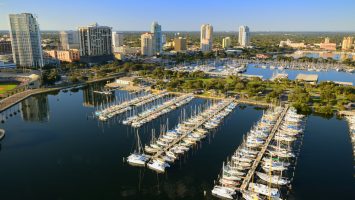