Bill de Blasio, the mayor of the City of New York, recently announced the city’s plans to step up efforts to increase bus speeds in the metropolitan area. Dedicated NYPD tow teams in all five boroughs will be towing cars that are illegally parked in bus lanes. On average, city buses only move at 7.4 mph (~12 km/hour) and in busy commercial districts, the average speed is less than 4 mph (~6.5 km/hour). Bus ridership is down across the city as riders avoid trips and choose faster, more reliable modes of transportation. The administration’s goal is to increase bus speeds by 25% by the year 2020.

“It shouldn’t be so hard to get around the greatest city in the world,” said de Blasio in a statement. “Buses are a critical link in our public transportation system, but too often they are painfully slow. I hope all New Yorkers get the message that we have to keep bus lanes clear to get people moving and to work on time.”

As part of “Better Buses for All,” the Mayor also announced plans for the redesign of bus networks, street upgrades, and adding traffic-signal priority for buses at the rate of 300 intersections per year.

“I appreciate the shared commitment of NYCDOT and NYPD to improve bus lane enforcement,” said Brooklyn Borough President Eric Adams. “It will go a long way toward a much-needed bus turnaround in our city, as will greater implementation of street redesigns and improved collaboration with MTA New York City Transit.” 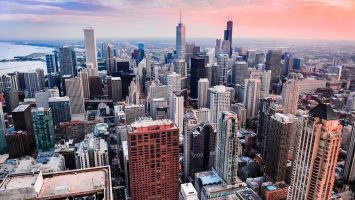 Chicago Gets In Front of Mobility With Task Force, 50 Recommended Improvements 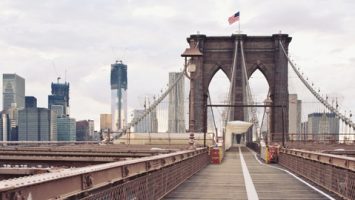