On September 5th, Federal Communications Commission (FCC) Commissioner Carr released a Draft Order to streamline a critical aspect of smart city technology deployment – 5G connectivity.  This is a milestone in the U.S.’s race to 5G, as — to date — there has been little guidance from the federal government regarding smart city policy and standardization.

The plan will undoubtedly cause some rumblings from municipal leaders who are sensitive to pre-emption, instead preferring greater local control. The U.S.’s smart city activity has been bottom-up with innovation emerging from the metro layer. This entrepreneurial approach is certainly a strength, but it comes with some unintended consequences, which include a lack of efficiency and higher regulatory costs for national technology deployment.

As outlined, the FCC’s proposal intends to do four things:

I believe Commissioner Carr’s plan is a step in the right direction to introduce a set of guidelines and standards that can streamline our national approach to advanced connectivity in the digital age. In particular, it comes at a critical time as the U.S. continues the global race to 5G and smart city deployment, with many dominant Asian and European powers inching farther ahead with their technology deployment plans.

Throughout U.S. history, collaboration among local, state or federal policymakers has been a core tenet in our democracy’s quest for growth and innovation. As expected, it’s often been a complex and delicate balancing act. As we enter this conversation through the lens of technology and innovation, the stakes are even higher.

We are living in an era of unprecedented change that is defined by a rapid pace of innovation where the rules, the boundaries, and even the goals are all unclear. Every city, state, and the whole of the U.S., as well as other nations, are reeling from a lack of clarity about how technology will impact our lives, what policies, boundaries and standards could be put in place to mitigate risks and how existing and future relationships will be affected.

As we now enter what many are calling the 4th Industrial Revolution, we are witnessing an unpredictable global market where fundamental value systems are being questioned. Trust is absent across almost every sector – public, private, academic, activist. Constituents don’t trust governments, and governments lack the tools to engage with their residents in hopes of establishing that trust. People are more dependent and wary of technology than ever before. The methods to integrate resource-rich companies with solutions-hungry governments are scant and immature.

Suffice to say, we are all in flux. So how do we deal with all of this? The latest FCC Order offers perhaps a chance to explore both technology and human-based solutions.

We must create new forms of working together, adjust our zero sum mindset and move beyond the oversimplified rhetoric of winners and losers. This is an imperative. Of course, there will be disagreements and differing priorities. This is healthy. But, we will all be much better served if we drop the fight and pick up the dialogue. By defining and educating each other about the challenges, we can come to more common understandings and perhaps even compromise. This is everyone’s work.

In the 5G conversation, this means cities must reasonably value their local right-of-ways while also streamlining the build process so that the national agenda to connect the country isn’t threatened.

My great hope with this FCC Order is that local leaders will not be tempted to identify the feds as a common enemy but will instead look for common ground to collaborate and innovate in ways that ensure life-changing digital access for Americans across the country and especially those in communities still under-served.

When looking at the global landscape, America is competing with countries with a much longer track record and, therefore, a more long-term view. We are pre-conditioned to think about the short term – the next election cycle, the next economic cycle. Our purview is in decades.

China, on the other hand, thinks in centuries. It is readying now to invest in digital and physical infrastructure. They understand that now is the building time and once the foundation is set, the game will look much different.

The U.S. must invest now to level this playing field. To do so, federal guidance is an imperative. Our beloved and messy democratic system of government is designed to be more deliberate, more thoughtful than those countries with top-down, autocratic regimes. We must capitalize on our strength as an entrepreneurial, creative country and not let the fragmentation between local, state and federal lines hamper our ability to advance technologically.

It Begins With Us

Smart cities will run on 5G. Sure, in our current 4G world, simple sensors can be deployed widely to collect data (not video) that can inform smarter decisions about how to optimize city operations. But, as we advance to video-enabled systems, to autonomous vehicles, to remote surgeries and tele-health, to augmented and mixed reality mediums, 5G will be the imperative.

Cities that are preparing to welcome this next-generation of mobile broadband by introducing flexible small-cell permitting processes that encourage private sector engagement and competition will have first-mover advantage. These cities will become the new innovation hubs.

The recent Economist article “Peak Valley” explores the plateauing of Silicon Valley where tech companies large and small are fleeing the area burdened by “high cost of living, bad traffic and a ‘toxic’ culture obsessed with money”. The best and brightest companies (and the associated talent) will search for alternatives. If cities are smart, they will double down on their digital infrastructure without compromising their quality of life to attract those willing to relocate. 5G will be the enabler of that long-term play. You only have to look at the Foxconn’s Wisconsin investment to see into the future. They are working with municipalities to enable a 5G economy. This is the way of the future.

If we do not have some standardization of 5G processes, we will recreate the systems that led to the rise — and devastating fall of the historic Rust Belt — or as Kansas City CIO Bob Bennett describes it, the Digital Rust Belt.  The FCC’s intervention gives those cities that haven’t advanced their 5G-friendly policies a chance. And, in turn, it positions the U.S. to compete globally.

Upon examination of the FCC’s proposal in the coming weeks, I hope we can host productive conversations around collaboration. The coming U.S. era of innovation and ingenuity will be defined by partnerships, relationships, and dialogue. It’s up to us to work together to get this right. 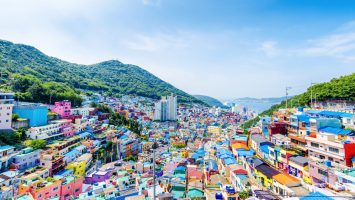 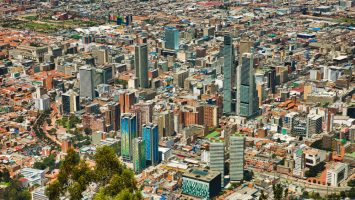 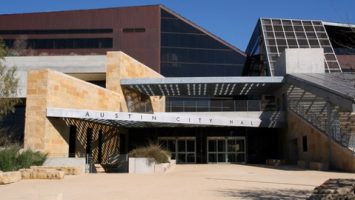