Driving through Denver, or hiking on the surrounding trails through state and national parks, you’d never imagine that the city has an air pollution problem. It is the country’s tenth largest city but also one of the most walk-able. I was surprised to learn, however, that Denver the average asthma rate in Denver Public Schools for the 2016-17 school year was 11.3% and that the highest in the district by any school is 28.8%.

The good news: Denver never was a community to sit idly by. They sprung to action and applied to the first round of the Bloomberg Mayors Challenge. Out of 350 applicant cities, only 35 were awarded $100,000 to explore a unique challenge in their community. Denver tackled air pollution, the only awardee to confront that particular issue.

“It was about the technology but, more than that, it was about the application: how we would use the tech to address an issue in our city,” said Michael Ogletree, Air Quality Program Manager for the City and County of Denver.

In the first round, program leaders worked directly with school to test behavioral change interventions, air quality data communication, and air sensor technology deployment. The sensors take measurements of the air every minute to help understand health metrics. In the long term, the city hopes to change asthma rates. In the short term, it wants to measure acute inhaler usage, lower hospital visits, and reduce absenteeism.

The school sensors measure particulate matter – small solids and liquid particles – that you can’t see unless they’re in the form of smoke. Particle size is measured in micrometers and the pollutant of concern – pm 2.5 – is 2.5 microns or smaller. A micron is a fraction of the size of a hair. Fine particulate matter (pm 2.5) is the number one air pollution health problem worldwide. The sensors at Denver public schools can also measure smaller and larger particles. Fortunately, our bodies have defenses for some of the larger particles, like our nose lining; it’s the small particles that get down deep into our lungs and can cause problems.

Programmers created a custom data platform to show air quality data at 30-minute intervals and a public-facing page for the community to understand the program.

“Some of the really big takeaways are learning how the community thought about air quality and finding either gaps or complete lack of information. Learning that and hearing it firsthand changed our approach for community engagement,” said Ogletree. “We found that the technology (screens and sensors) would not be the most expensive piece but that it would be community outreach.”

“One of the big misnomers that a lot of people have is that air pollution is monitored everywhere in a city. It’s not,” said Tim Dye, air quality sensor expert at TD Enviro and the primary collaborator on sensor deployment strategy, and data platform development. “This new technology will allow more organizations to make more measurements throughout the city, to get a better picture of what’s going on, track changes, identify problems, and ultimately fix those.”

In addition to the tech – sensors and dashboards for measurement – the city needed to try to find ways to change behavior. For example, to test the effectiveness of anti-idling strategies, they measured before and after different methodologies to influence the desired behavior change. They tried different placements of signage and gave student and parent pledges to sign. They also plan to test an anti-idling texting campaign.

So, what does Denver do with all of the data? It helps identify air quality hot spots and other hyper local sources of pollution school that the city can address. It identifies particularly polluted days when teachers can have students exercise inside instead of outside or do different forms of exercise that require less exertion.

“One of the things that’s exciting is that they’re reaching out to the schools to ask what they would do with the data, how they want to see it,” said Dye.

In phase two, the Denver Department of Health and Environment hopes to track data for three years in 40 schools. Only the 35 finalists from Bloomberg’s first round were invited to apply into phase two, which will award four grants of $1M and one grant of $5M. An announcement of the awardees will be made at the end of this month.

“The city sees value in the proactive approach to addressing air quality issues at school. The project will continue no matter the result of our second Bloomberg Mayors Challenge application. That said, it will impact the speed at which we can scale the project,” said Ogletree.

“This is a game changer for how air pollution is monitored and, even more importantly, how it’s managed. It’s exciting to be part of a project with Bloomberg and Denver to help prove that out,” said Dye.

Learn more about Denver’s project here. Want to check it out in person? Visit the Smart Cities Connect Conference & Expo April 1-4, 2019 in Denver. 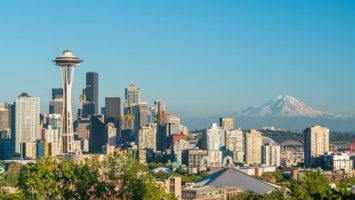 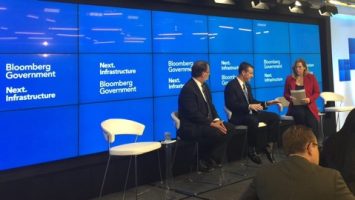 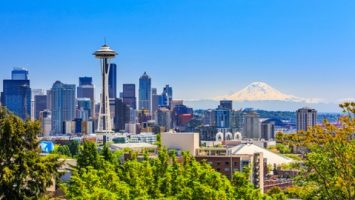