In a recent interview with Birmingham’s Director of Innovation and Economic Opportunity, Josh Carpenter, we talked about how the “Magic City” has evolved and what’s on the horizon for Alabama’s most populous urban area.

SCC: You are the Director of Innovation and Economic Opportunity at the City of Birmingham. Tell me about your role there and how that may have evolved with the advent of the term ‘smart city’.

JC:  In many ways, Birmingham is a microcosm of the social issues facing our nation. Fully 30% of our citizens and 42% of women and children live in poverty and we have the 16th highest disconnected youth population in the country. As a city, our economy is best characterized as a “Tale of Two Cities”.

The department of Innovation and Economic Opportunity (IEO) is committed to making Birmingham a hub of qualified diverse talent and a premier destination for small businesses, startups and businesses looking to expand, propelling shared prosperity through innovation and inclusive growth. We believe that strong economies are sustainable, integrated, inclusive and facilitate success in a diverse array of pursuits. We are committed to making Birmingham a smart city, because we believe it is a conduit to grow our economy inclusively and improve the quality of life for our most marginalized residents.

SCC: You are also an Assistant Professor. We know there is a lot to be gained through partnerships between the city and university, in many cases. Can you tell me how you see that working (or not working) in Birmingham?

JC: For us, it is impossible to experience prosperity as a city without partnerships. We believe that inclusive, smart growth occurs if systems are intentional, collaborative and interdisciplinary.  Our smart city partnership is comprised of three key pillars, the City of Birmingham, the University of Alabama at Birmingham (home of the Sustainable Smart Cities Research Center and also the largest employer in the state of Alabama) and Alabama Power Company (the state’s largest utility company). To progress, we need infrastructure to launch our initiatives, a conduit for civic engagement, and the skills to study and evaluate our systems rigorously. To build an engine of social mobility and a smarter city, we need to work together, be patient, and experiment quickly; and that is what we are doing.

SCC: Given Birmingham’s unique attributes, as well as the real constraints facing most cities, what do you think are some realistic goals for Birmingham to achieve in the realm of the smart city within the next 5-10 years? Which of them is the most important to you and why?

JC: One of our strategic goals is to measure what we value, and I believe that this is one of the most critical initiatives to get right. Traditionally, we have lacked the infrastructure to collect high quality, reliable data and integrate it across key departments and entities. We are hard at work redesigning our data infrastructure at the city to build out one that is more sophisticated and reliable over the next 5-10 years. Of course, while data is important, we also do not believe it is the end all be all. To us, a smart city is one that puts people first and re-designs its systems to be user-centered. For that reason, civic engagement is also at the forefront of our efforts. Everyday, we wake up and think about how we can integrate dynamic feedback loops to best meet the needs of our residents.

SCC: If you could wave a wand and magically change one thing about Birmingham to improve quality of life for citizens, what would it be and why? What kind of impact would it have?

JC: [I would change] our economic mobility statistic, which is the closest we can come to quantification of the American Dream. According to the Equality of Opportunity Project, children born in Birmingham to parents whose income is in the lowest quintile of the distribution bracket only have a 4.8% chance of making it to the top income quintile in their lifetime. Economic mobility encompasses poverty and joblessness and anchors IEO’s strategic plan. A higher economic mobility statistic means not only that our city is flooded with opportunities for affordable housing, quality jobs, good education, access to healthy food, etc. It also means that our residents are empowered by the architecture of opportunity.

SCC: Of which project have you completed or been a part of with the city that brings you the greatest sense of accomplishment? Why?

JC: In December, Birmingham’s first big tech exit was announced when our home-grown startup, Shipt, sold to Target for $550 million. Shipt already has a considerable amount of employees out in San Francisco and with Target being headquartered in Minnesota, it was a real possibility that the company was going to relocate its headquarters. One of the first big projects that IEO worked on was on co-designing an incentive package with Shipt leadership that could be scaled to other tech companies. Alongside county-wide and state level partners, we designed the “Putting People First Fund”, which is composed of three modern incentive tools: Talent Acceleration Program (TAP), Talent Investment Program (TIP), and Talent Optimization Program (TOP). The incentive program is structured around strengthening our workforce and invests in our human capital to generate inclusive, sustainable economic growth. Shipt accepted our investment proposal, and along with Target, have chosen to grow their 881 jobs over the next three years in Birmingham.

This project comes to mind for a few reasons. First, it stands as a testament to the fact that our municipal government can and will act as an enthusiastic partner in innovation for our city. Second, it represents the power of integrating user-centered design into our systems. Third, it demonstrates the power of collaboration. When Birmingham focuses on the needs of its residents and on partnerships, our companies can thrive and our people can prosper.

SCC: Which other city or cities do you look to as partners or models as Birmingham grows into a smarter community? Why?

JC: Our Smart City strategy is all about partnerships. Louisville has an excellent P3 program that we look to as a model that could be tailored for the needs of our city. Colorado’s statewide initiative is also a model that we have been studying. While we do not necessarily believe a statewide initiative is the best goal for us, we can learn a lot about how they have formed a system of partnerships between discrete entities.

SCC: In anticipation of the Smart Cities Connect Conference in Tampa this fall, what do you hope will result from the event for you and your community?

JC: We are hoping to learn best practices from cities that are further along in their smart city journey than ours and to join the network of innovators working to improve the sustainability, resiliency and inter-connectedness of their cities. 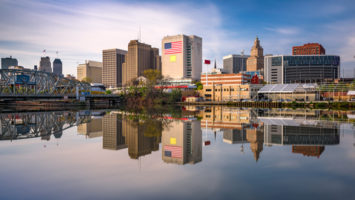 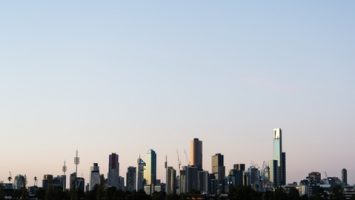 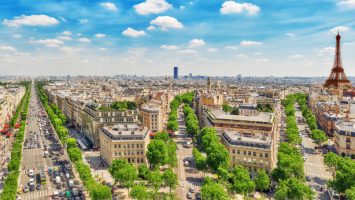