In anticipation of the Smart Cities Innovation Summit Asia this week, I spoke with the Mayor of Goyang City, Sung Choi, about what it means to him to be a smart community.

SCC: What are the greatest smart city priorities for Goyang and Why?

CHOI: Smart cities aim to take advantage of information and communication technology to solve problems in the city and raise efficiency and stability, thereby improving the quality of citizens’ lives. In this sense, in the heart of a smart city are citizens living therein. What matters the most is building a citizen-oriented smart city where they can communicate with the city anywhere, anytime.

In doing so, a prerequisite is developing a forum where the citizens can communicate and share their thoughts with the city in a convenient way. Goyang City has excellent real-time communication systems in place. The city’s social network accounts on Facebook and Twitter have more followers than any other municipalities in Korea, approximately 200,000. In addition, Goyang let its citizens know what is happening around the city’s transport, tourism, job, and administration on their smart phones. That is why we call the Goyang Smart City “Goyang Smart Phone City.”

Cities have already emerged as a major player that brings change in the era of digital revolution. At this time, we urgently need the leadership of openness and innovation, with which cities can evolve by engaging citizens. Goyang will actively incorporate citizens’ ideas through the forum of communication wide-open to all citizens and combine them with up-to-the-minute technology, thereby building a participatory smart city governance to solve urban problems.

SCC: Last year, LG Uplus announced an infrastructure project in Goyang. Tell me more about that and what it will mean for citizens in your area.

For safety, the Safe Parking Service detects illegally parked cars along Jayuro and in School Zones around elementary schools, warn the drivers and guide them to parking lots nearby.

For environment, the city offers waste collection and management services and provides a range of environment-related information in real-time, including atmospheric micro-particles in child care centers, water quality of the fountain in the Lake Park, biomass production facilities, and weather reports, so that citizens can use these facilities feeling assured.

In the energy field, the connection among electric cars, photovoltaic generators, and smart devices will lead to increased penetration of electric cars and better energy saving. Goyang is connecting these smart technologies to its Youth Smart Town project, whereby it has established a smart city support center and is identifying and promoting startups in advanced technology.

SCC: As a founder of the event, what are you most excited to see at the Smart Cities Innovation Summit Asia in early September? What do you hope attendees will take away from the event?

CHOI: I feel truly honored that Goyang, Korea is hosting the Smart Cities Innovation Summit Asia, a globally recognized international conference in the field of the smart city, for a second time.

I exerted efforts to host this event in Goyang, because I believed that international cooperation and networking would be of overarching importance in making the smart city project succeed. Goyang will spare no efforts to support and cooperate with the Smart Cities Innovation Summit Asia, serving as a key window in the global smart government network. Goyang will continue propagating best practices in the smart city to many cities across the globe and contributing to the mutual development of the cities.

I am confident that, through Goyang and through this event, the international alliance for smart city projects will be further stretched out to Korea, and Asia. I hope that all those attending the summit will catch pioneering intelligence on the rapidly changing smart city technology and trends, innovative ideas, and global business opportunities in Goyang.

SCC: Since Goyang began focusing on becoming a smart community, of what are you most proud?

CHOI: Goyang City, as a basic municipality in Korea, planned this national-level project, and it is working. The era of the fourth industrial revolution has already come, and a city-centered smart city industry is a must. Based on the smart city, Goyang is implementing a massive project named “Goyang, the Silicon Valley of Unified Korea,” in preparation for Korea’s peculiar situation, the era of peaceful unification.

The Silicon Valley of Unified Korea in Goyang is a gigantic, meaningful project to build a Silicon Valley in Korea and establish the foundation for south-north economic cooperation in the coming era of unification through overall interconnections among the earlier mentioned U+ IoT Convergence Test Bed, the Goyang Youth Smart Town, the Goyang Ilsan Techno Valley, the K-Culture Valley, and the Environmentally Friendly Automobile complex cultural cluster.

If successful, the Silicon Valley of Unified Korea will not only become a new growth drive for Goyang City but also play leading roles in quaternary industries in both Korea and the whole world.

As a result of our persistent efforts to pursue the Goyang Smart City, Goyang City’s Smart Waste Collection and Management Service that is one of the city’s pilot IoT projects won the Gold Prize in Sustainable Cities at the World e-Government Organization (WeGO) Smart Sustainable City Awards held in Ulyanovsk, Russia. 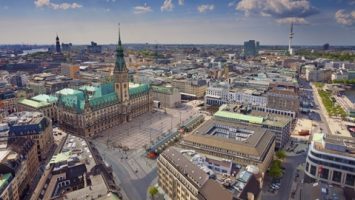 Hamburg Collaborates with SWARCO, Audi, and HERE to Study Interactions Between Traffic Lights and Flow 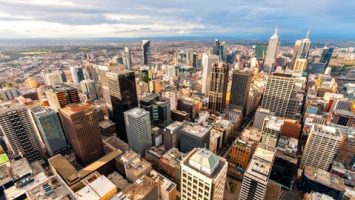 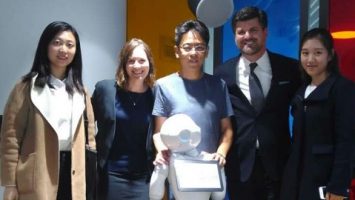