We recently had the opportunity to speak with Isabelle Lessard, street lighting engineer for the City of Montreal, about the city’s growing smart city initiatives. Here’s what she shared with us:

SCC: You are a street lighting engineer for the City of Montreal. Can you tell me how your specific role functions within the broader city leadership structure?

IL: Montreal has more than 132 000 street lights in 19 boroughs. I’m the city expert in urban lighting. I’m in charge of the specifications, politics, street lighting, the Lighting Plan of old Montreal (architectural lighting of more than 100 squares, buildings, streets, etc.), and support for all projects that have lighting in them. I’m also responsible of the massive conversion project that includes the intelligent system deployment. In one word, everything that has a light in it, will pass through my desk.

SCC: How does your role and your work inform the city’s smart goals?

IL: The way of doing lighting had to change since LED arrived on the market. It’s now possible to do things that were impossible before. So, when we decide to convert our street lighting, it was impossible for me to do it without an intelligent system. Along with a better vision, contrast, colors definition, we can now play with the intensity depending the needs.

SCC: How would you characterize Montreal’s smart city vision? Which aspects are (or have been) the most challenging to formulate for you with regards to lighting?

IL: One of Montreal’s smart city goals is the open data mindset. Often, on the market, vendors want to sell a solution; and nothing is interoperable with the competitor’s system. When I did my specification for buying a system, I forced the market to work together to reach interoperability in between minimum three different manufacturers of lighting systems. That was a world premier. No one had asked for that before.

SCC: What do you wish more citizens and visitors to Montreal knew about the city and its smart initiatives?

IL: Today, we have to deal with an old infrastructure, so we manage to do smart lighting first. However, we are trying to design smart poles to avoid unaesthetic looks that provide many captors, cabinets, antennas and other equipment on a single pole. Street lighting poles are the best way and the cheapest to install intelligent infrastructure, because they are everywhere, and they have power; but Montreal doesn’t want to lose the efforts that have been done to make them aesthetically pleasing.

For visitors, there is an initiative that has been done by “Montreal en histoire” that shows the by an interactive path trough Old Montreal, the foundation of Montreal. That merge a lot of technologies, such as, closing streets lights when someone is approaching, projection, sounds, etc. Also, for visitors and citizens, we have a lot of transportation problems caused by many construction sites on our streets. Many application are now available that combines different transportation modes (bus, metro, walk, bicycle) to tells you the best way to get to where you want to go.

IL: I’m glad to go to Tampa at this conference! As I mentioned earlier, I would like to put the emphasis of my message on interoperability. I think, for a municipality, it’s the key. We have to ask for it in our specification and force the market to work to provide those kind of solution. More than often, municipalities are afraid to ask for what they need, and they let the market decide for them. My message is reverse the tendency! Ask for what you need, and the market will follow.

SCC: How are smart communities in Canada different from those in the U.S. and elsewhere around the world? What about those differences makes it easier or more difficult for smart growth to occur?

IL: I think every city — in Canada or elsewhere — we have many common challenges, and they are almost all at the same point.  They have to deal with existing, aged infrastructure. No one has unlimited money and resources to invest in smart initiatives, so we have to choose where to put the efforts.  So, the differences [between our communities] are only in the priorities placed on each one. 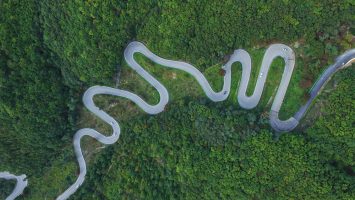 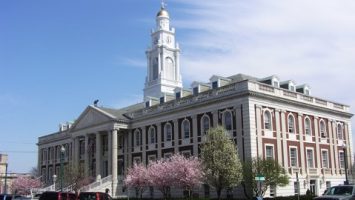 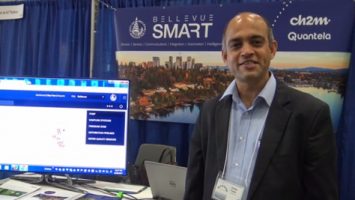