We reached out to winning Smart 50 Awards project, StormSense. They’ve shared a bit more about their project below:

The StormSense Project is an inundation forecasting research initiative led by the Virginia Institute of Marine Science (VIMS) at the College of William and Mary. The objective of StormSense is to enhance the capability of communities to prepare and respond to the disastrous impacts of sea level rise and coastal flooding in ways that are replicable, scalable, measurable, and can make a comparable difference worldwide. In pursuit of this, the project’s mantra is to enhance the field of emergency preparedness by advancing research to help predict flooding resulting from storm surge, rain, and tides.

The StormSense project’s scope encompasses the interests of coastal local governments in Hampton Roads, VA, who desire to enhance their emergency preparedness via a network of ‘Internet of Things’ (IoT)-enabled water level sensors. These sensors help provide new input locations to inform VIMS’ Tidewatch tidal prediction model throughout Tidewater, Virginia, by ingesting data from federally-owned sensors and reporting their data alongside the 28 new water level sensors StormSense has installed in 2017 in near real-time on the StormSense.com website. As tidal flooding is becoming an increasingly pervasive problem for coastal communities, these tidal forecasts are quickly becoming a mainstay for traffic advisories and emergency management. Additionally, the new sensors densify the previously sparse sensor network to provide additional points of validation for VIMS’ street-level hydrodynamic model to aid in guiding improvement for future forecasts.

Q: What does the term ‘smart city’ mean to you, and how does your project contribute to a larger smart city vision?

A: The modern smart city of today is one in which innovation is not simply dreamed of, but is proactively employed. StormSense brings innovation to the smart city Hampton Roads, VA, in six ways:

Q: Why is the implementation of your project transformational in our current society?

A: StormSense is transformational in its innovative approach to making water level data more accessible to modern citizens to aid in informed decision-making, while broadcasting the flood observations and tidal forecasts up to 36-hours in advance of impending inundation events. This has been accomplished with StormSense by engaging the community to help proactively map an inundation event through the Sea Level Rise Mobile App, which helped calibrate the new StormSense water level sensors during the king tide in November 2017, while simultaneously educating citizens regarding how to access the new sensor and flood model data.

The water level data (among other storm-relevant data such as wind speed or rainfall) can also be voice queried via the “Storm Sense” Alexa skill from any smart phone or compatible smart home device via the Reverb App and Amazon Alexa, respectively. This functionality is powered by Amazon Web Services (AWS) in collaboration with data scientists in Virginia Beach, VA, this mobile functionality, in addition to the availability on the dynamic web map at StormSense.com, and the time series forecasts available on VIMS’ Tidewatch site, provide unique and immersive new ways to access flood information and become more informed about their own flood vulnerability, from their home to their vehicle. By publicly sharing the sensors’ and predictive model’s web services, decision making can be informed in near real time, with the goal of informing adaptive route planning services, such as Google Maps and Waze, (which has already been partially implemented in Norfolk, VA).

To remain transformative, StormSense aims to automate flood control structures and tide gates alongside guide traffic patterns to keep citizens driving in the smart cities of Hampton Roads out of the flood path, as the best decision is often the one that you don’t have to make (mostly). As one might would imagine, this has already become an increasingly ambitious goal as sea levels continue to rise, but one that is not impossible as we hope to bring our solution to – and learn from – other coastal communities facing similar inundation issues.

Q: What advice did you receive along the way that helped you complete your winning project?

A: Dr. Derek Loftis was advised by experienced scientists at VIMS, alongside talented data scientists in Virginia Beach (Sridhar Katragadda), and Geographic Information Systems (GIS) managers in Newport News (Tammie Organski), Norfolk (Kyle Spencer), who helped provide insight on sensor placement and value to their citizens, which doesn’t always line up with areas with the most scientific or research value. At the end of the day, the contributions of the core team members and the expert advise we received from former presidential research fellow, Sokwoo Rhee at NIST, and Cuong Nguyen in the NIST Smart Grid Program office, helped us keep the project’s development in context with the evolving state of flooding and the vision of making the project cost-effective for an easily replicable implementation outside of Hampton Roads in the spirit of the Global City Teams Challenge (GCTC). The StormSense Project is an active participant in the GCTC, and the project was initially funded by the National Institute of Standards and Technology via a Replicable Smart City Technologies grant announced by the White House in September 2016.

Q: What advice would you give a city community or a solution provider looking to implement a municipal-level project?

A: Be patient and wait for the development of your project to move forward. Research and municipal government are both not particularly famous for expedient delivery of solutions, yet both share no shortage of resilient innovations.  Don’t reinvent the wheel. It can be discouraging and yet simultaneously encouraging to hear of new projects around the world with similar scope to your smart city project. Think carefully about adapting your project for increased societal benefit. Decide whether these new initiatives make sense to wait for to include or go ahead without (especially in the context of hardware, as innovation is never foolproof). Sometimes other communities are developing a functionality that your project could adapt to include. Recognize and rely on experts. For our flood monitoring and modeling project, few know this area better than the federal experts at NOAA and USGS. We communicated with them throughout the early phases of our project to ensure that our data protocols and standards matched theirs and that our planned sensor locations didn’t duplicate any of their planned efforts. This made data ingestion of web services easier once our sensors were deployed and for voice query functionality.

Q: What does it mean to you to win the Smart 50 Awards?

A: StormSense being recognized as a winner of the Smart 50 Awards is a proud recognition we share alongside the other deserving projects that are advancing the smart cities of the world in intuitive new ways. It is a high honor that we couldn’t wait to add to our project web site! The award is recognition that we greatly and humbly appreciate as we continue to strive for bringing adaptive flood monitoring and prediction solutions to Hampton Roads, VA. 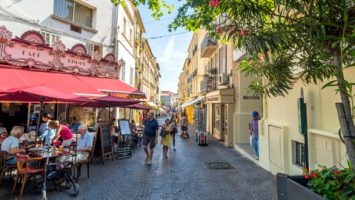 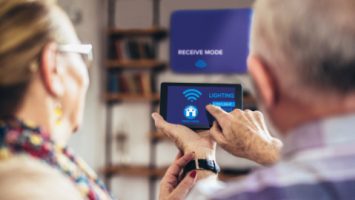 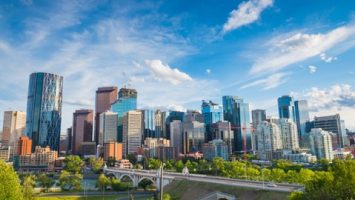