AeroFarms – the commercial leader in indoor vertical farming – is running the world’s largest vertical farm in the City of Newark. AeroFarms is “on a mission to fundamentally transform agriculture by building, owning, and operating indoor vertical farms that grow flavorful, safe, healthy food in a sustainable and socially responsible way.”

The ability to grow produce in a limited urban area will have a tremendous impact  for the future of agriculture, urban planning and healthy foods. Many urban areas around the world are classified as food deserts – defined by the USDA as, “parts of the country vapid of fresh fruit, vegetables, and other healthful whole foods, usually found in impoverished areas. This is largely due to a lack of grocery stores, farmers’ markets, and healthy food providers.”

Aerofarms has optimized their patented aeroponic growing system for faster harvest cycles, predictable results, superior food safety and less environmental impact. This innovative growing process uses aeroponics, a plant-cultivation technique in which the roots hang suspended in the air while nutrient solution is delivered to them in the form of a fine mist. It is a closed loop system, using 95% less water than field farming, 40% less than hydroponics, and zero pesticides.

LED lights are used to create a specific light recipe for each plant, giving the greens exactly the light they need to photosynthesize in the most energy-efficient way possible. Macro- and micro-nutrients are constantly monitored. All these processes to take the same seed from the field and grow it in half the time as a traditional field farmer, leading to 75 times more productivity per square foot than a commercial field farm.

As the demand for fresh produce grows with the world’s population and increased density of urban areas, the technology being perfected in New Jersey may also have the potential to increase the resilience of cities faced with of drought, flooding and other weather events that can affect traditional farming around the world. 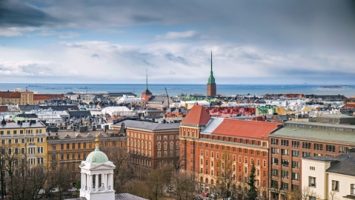 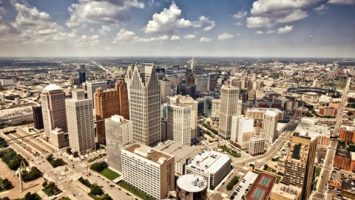 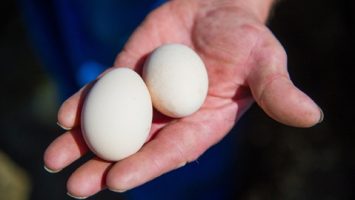